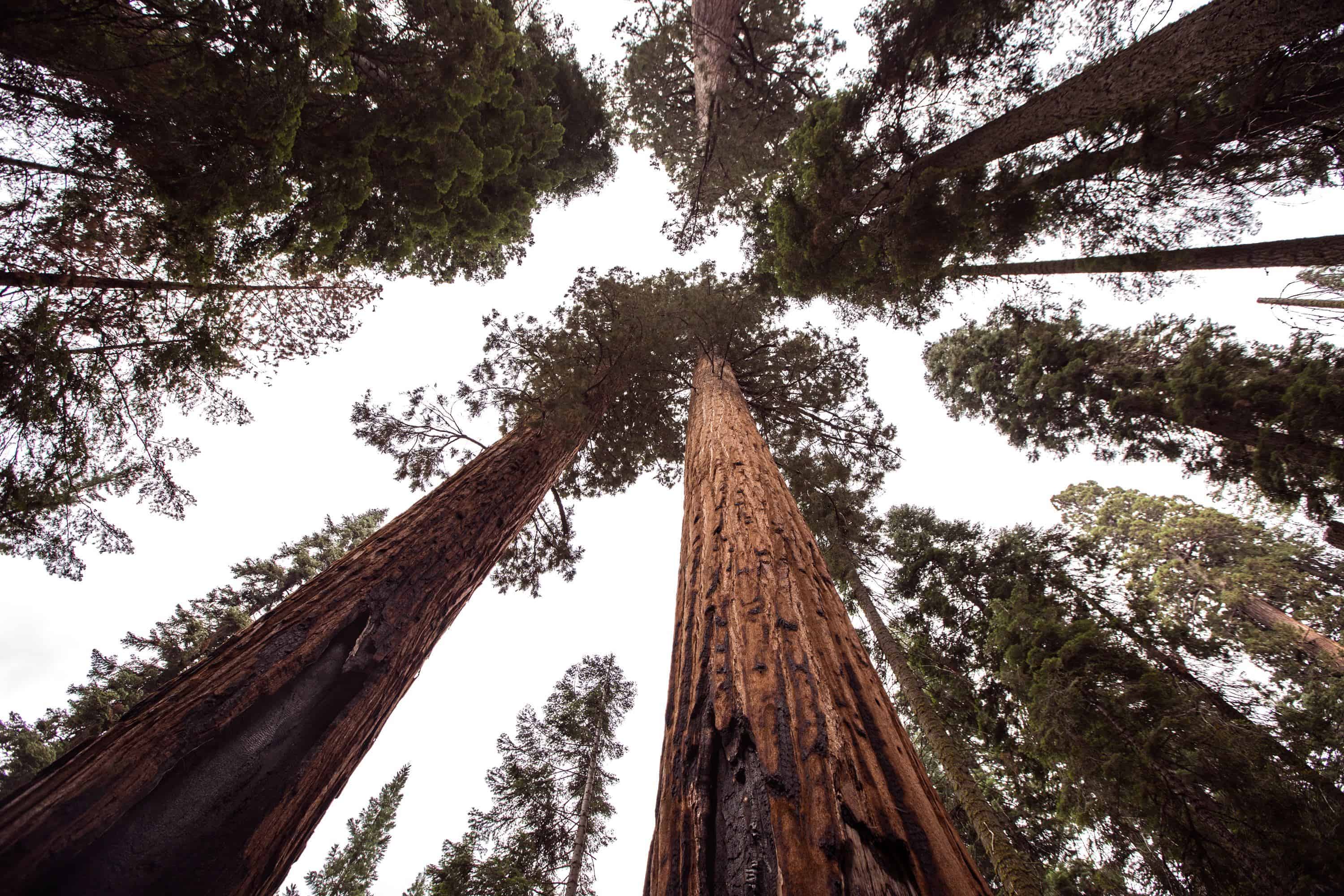 Last winter I earned the precious warmth of shelter, having hiked through the snowcapped landscape of Sequoia National Park with my family, surrounded by some of the largest trees alive, including the largest living thing on Earth in General Sherman – the great general is ten times more massive than the largest animal to ever have lived, the blue whale.

From the park ranger, I also learned 90% of giant sequoias die by losing balance. Their 2+ feet bark is the thickest of any tree species, acting as a fire-resistant coating throughout their 3,000+ year lifespan. The last fact I will bother you with: fire suppression is a huge threat to the Giant Sequoias, as fire helps release seeds from hanging cones, enriches soil minerals, exposes bare soil so that the seedlings can take root, and opens holes in the forest canopy, which let in sunlight for the young seedlings.

Upon hearing this, I naturally start drawing rays of relation1 from each of these newly acquired natural facts to myself, to society as a whole, and to Taoism.

As it turns out, Americans have more in common with giant sequoias than obesity and immobility; Americans, too, die from their relationship to gravity and earth. An epidemic of falls is mowing down the elderly like scythes.2

But relationships can be improved, and it seems giant sequoias do everything in their power to improve their relationship to gravity – even leaning sequoias will grow larger branches in the direction opposite of the lean to help keep balance.3 Their mighty 250+ ft. stature belies three feet deep roots,4 so giant sequoias spread their roots upwards of 300 ft. wide in all directions, intertwining and fusing them with one another for support, and for sharing resources. As one army.

Humans, at least Americans, seem resigned to accept a poor sixth sense of balance. We’ll correct our vision, treat our palates to sweets, and stop to smell the roses, but we won’t spend any time nourishing the one sense that will actually kill us if malnourished. Author Scott McCredie of Balance: In Search of the Lost Sense argues that balance is “the most primary — as in primordial, life-sustaining, essential — of all the senses.”

It is in the tree’s nature – and probably the nature of most of life on earth – to have good balance. Taoists, who are concerned with living in the most natural state possible, have developed innumerable practices throughout the past couple millennia which greatly improve balance; most people have an idea of what Tai Chi is, but are unaware that Tai Chi as it exists today is a highly diluted form of its Taoist ancestor, Taijiquan, a deadly combat martial art. Modern Tai Chi is an extraction of its lethal predecessor, designed only for health benefits.

One of the three main physical qualities we cultivate in the Taoist family lineage I’m in is grounding. Nothing compares to experiencing it first-hand from someone who has deliberately trained it for years, but I will do my best to explain; groundedness takes balance to the next level. Consider two scenarios: 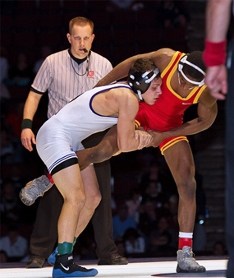 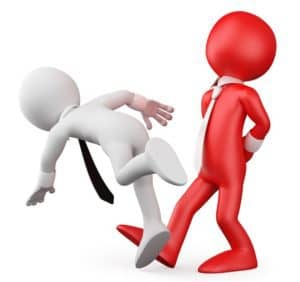 A person with a highly cultivated grounding ability has trained the quality of their body and their subconscious such that any external forces imposed upon them they are able to instantly root or ground back into the earth. This is in part what constitutes “internal power” that the internal martial arts – such as Taijiquan – develop. I cannot stress enough how cool this is to experience in person.

The benefits of grounding are at least twofold; not only is it invaluable in martial applications, but in energetic as well. Taoists largely are concerned with energetic work; we practice to build up Qi, which translates to increased levels of energy and vitality – this, too, feels truly amazing. You can never have too much Qi, but if during practice you’re generating Qi beyond your capacity to store it, the yang energy will quite simply rise up and dissipate over your head. Accumulating Qi then involves both increasing the battery capacity of the yin structure (your body), and being able to ground properly such that the energy stays in you and doesn’t dissipate.

One last benefit of grounding before I touch on other rays of relation: emotional regulation. When you start to feel “inside your head” or, say, flush with anger, grounding is an effective way to quickly release that emotional state and get back into your body.

Moving on, Traditional Chinese Medicine (TCM) describes Wei Qi as a defensive energy spread around the entire surface of the body. Similar to the Sequoia’s bark, Wei Qi acts as a protective barrier against illness, and can account for why one feels much colder relative to others despite being in the same room. Taoist practices both build up a lot of Qi and cultivate enhanced sensitivity to feeling your own Qi, with Wei Qi being no exception.

Taoism is about embracing the changes of life, being in tune with the natural world, and of realizing the interconnectedness of the ten thousand things.6 The Taoist sage would never have judged a forest fire as bad in the first place, because he/she knows all things change. Accepting change means that there is no partiality. What appears good may actually be bad, and what is called bad may be ultimately good; events turn around and change into their opposites – day and night, growth and withering, etc. What’s the number one cause of death? Life! From this perspective, I learn to see fire as an element of transformation, not destruction. I give more room for fire to enter my life, and allow it to cut off things, relationships, even friends who ultimately drain me of energy.

Returning is the motion of the Tao.Daodejing, Poem 40 (transl. Gia-fu Feng and Jane English)

And so the Taoist sage appreciates “good” or “bad” as both equally valid and necessary phases of the course of the Tao. Because the sage knows that they do not know, they maintain equanimity in the face of both events. How many times have you been emotionally worked up over something you held to be true, but later found out to be wrong? For example, a partner in a relationship misreading a situation and thus coming across as needlessly jealous and insecure. Save the emotional and intellectual turmoil for actual objective truth claims.

But, this is all easier said than done, of course.

You may want to work on your balance, but find yourself lacking the motivation to get off your ass and train.

You may intellectually jive with a philosophy that advocates non-judgmentalism, but find it taxing on the willpower to implement in real life.

Finally, you may find it impossible to not get emotionally worked up over something, despite being well aware that your beliefs are founded on shaky ground.

To echo Einstein, problems cannot be solved with the same mind that created them. A normal person would encounter an incredible amount of resistance attempting to emulate a Taoist sage. I believe it is not about forcing your mind to do the actions of more enlightened beings, but of transmuting your mind such that those actions are natural byproducts or expressions of your new consciousness. And to change your consciousness – to turn your reality on its head – takes meditation practice. It takes continually connecting to a place of stillness and emptiness, from which the fullness of change is allowed to take place, until that place becomes who you are.

I’ll leave it to the Daodejing and the Huahujing to perfectly wrap up:

Become totally empty
Quiet the restlessness of the mind
Only then will you witness everything
unfolding from emptiness
See all things flourish and dance
in endless variation
And once again merge back into perfect emptiness–
Their true repose
Their true nature
Emerging, flourishing, dissolving back again
This is the eternal process of return

Whoever knows this truth lives forever
The body may perish, deeds may be forgotten
But he who has Tao has all eternity

These false
concepts and ideas
are then stored in a highly
selective memory system.
Distortion upon distortion: the
mental energy flows constantly
through contorted and inappropriate
channels, and the more one uses
the mind, the more confused
one becomes.

To eliminate
the vexation of the mind,
it doesn’t help to do something;
this only reinforces
the mechanics of
the mind.

Dissolving
the mind is instead
a matter of not-doing:
Simply avoid becoming attached
to what you see
and think.

Relinquish
the notion that
you are separate
from the all-knowing
mind of the universe.
Then you can recover your
original pure insight and
see through all
illusions.

Knowing nothing, you will be
aware of everything. Remember:
because clarity and enlightenment
are within your own nature, they are
regained without moving an inch.